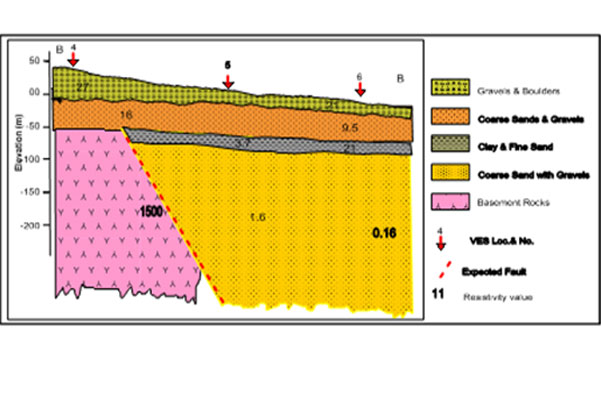 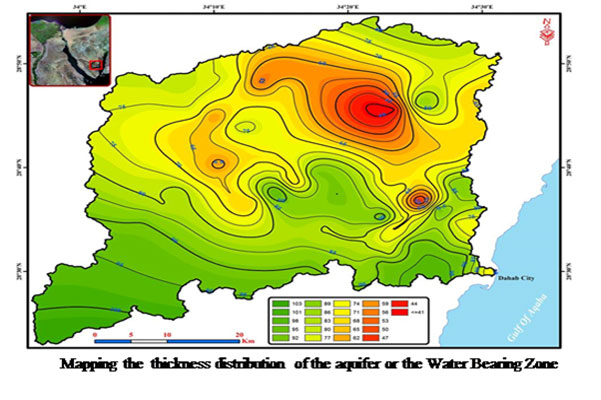 Geophysical exploration plays a very important role in geothermal exploration. Various physical parameters are measured, such as resistivity, density, sound velocity and magnetism of the subsurface rocks. However, monitoring and locating micro earthquakes gives information on fault movements and permeability as well as heat mining from heat sources and tomography inversion give information on sound velocity anomalies. Gravity surveys can give information on density variations such as dense intrusions. Magnetic measurements can be used to locate dikes and give information on demagnetization due to alteration. The main use of geophysics in the geosciences is for groundwater exploration typically at depths greater than 1000m. Significant applications have been made in this field over the last thirty years especially with seismic reflection techniques. In contrast, near-surface geophysics for groundwater investigations is usually restricted to depths less than 250m below the surface and developments have not concentrated on one specific geophysical technique. Groundwater applications of geophysics include mapping the depth and thickness of aquifers, mapping ores confining units, locating preferential fluid migration paths such as fractures and fault zones and mapping contamination to the groundwater such as that from saltwater intrusion and drainage networks.